By the time he had finished talking, I was in a panic, the skin on my back felt covered in paper cuts and my throat was so dry and hoarse I couldn’t even whimper, which was all I wanted to do. My mind went “There is nothing to fear and nothing to doubt, there is nothing to fear and nothing to doubt, there is nothing to fear and nothing to doubt…”, over a broken, limping rhythm, unconvincingly, and the feeling that this person in front of me, without knowing me at all, had reached a bare hand through my mind and grabbed the single most scary strand without even having to look, something so deep and so twisted I had never had the courage to pluck it myself, and then danced with … him. .. with IT … in front of me, like holding a mirror … it was more than I could comprehend and handle at that point. I had to get up, lift myself out of the armchair, find balance on my feet and learn to walk, and then to run, just to get out of his office. It was all wrong, I had done something terribly wrong, poked a part of me that should never have been stirred, and it had nothing to do with what I wanted, it had never crossed my mind, not fully at least, there had just been this itch at the back of my skull, this scraping, crumpled sensation, I had just wanted it to go away, I needed to talk to someone neutral. As I was walking, my skin began to feel dry like parchment, I started hearing it rub against my clothes with a whispering, unnatural sound. I had to get home, I had to wade through the crowd on the street, try not to touch anyone, try not to look at anyone, pull my hat as low over my eyes as I can, try and paint on a smile, anything, just blend in, don’t look at the shop windows, don’t look at the puddles on the sidewalk, one foot in front of the other, steady, easy does it, lean forward but don’t lose balance, walk faster, slide between the bus doors and stick to the basics, stick to the windows, never sit down in a bus, keep your eyes half closed and your senses sharp… Oh no, that’s Lucian at the next stop, he’s coming on the bus, I need to hide, I need to disappear …

“Lucian!… funny bumping into you, old friend! Oh, come now, really? That surprised to see me? I know I haven’t been calling, but that’s no reason to act like that now, is it? Come closer and hold on tight, this bus is a regular roller-coaster! Hey, everyone, this is my good friend Lucian, he’s a surgeon of sorts, single, makes good money and never, ever steals candy from babies – yes that means you, you splendiferous young, ripe thing with the raven hair and ample bosoms, there by the oafish t-shirt clad gentleman with the territorial glare. Why don’t you step forth and introduce yourself? No? Oh well, my friend, it seems the pickings are slim today, but never mind, there’s time enough and Cupid shall not outwit me yet, old as I may be. Hush now, no need to make a scene, Lucian old chap, we’re guest here, you’re not at the meat market, are you? Oh, is that it then? Really? You dare pour unto me this dribble of thoughts with such shamelessness, in front of our audience?! Sir, you are no friend of mine! Farewell!”

I climbed out of the bus with my back to the exit, a finger pointing accusingly at a frozen and dumbfounded Lucian. Just as the doors were closing, my left eye winked the mother of all winks, and the corner of my mouth stretched in such a way as to mangle the single black tear that was oozing down my cheek. Spinning on my heels I let out a snicker, pulled my hat over my eyes and proceeded, with a spring in my step, to glide down the street – admired by all, a choreographer of crowds, screenwriter of smiles and guru of grins, flamboyant and finally, fully, free. Oh, sure, he was still there, banging away on the insides of my eyelids, panicked and pathetic, trying to hold his balance on that single shard of dignity he calls a personality, but, at least for now, I was more or less alone in this body. Or at least unique, which is by no means a small matter. Oh how I had missed the gazes of by-passers upon me, drawn so naturally, without effort or choice… Where should I start? Introductions, I suppose:

“Sweet puppy, I see you’ve managed to find a lady to accompany you, and might I add she’s at least as adorable as you. My name, you ask? Just call me P.H., everyone used to, and everyone should. May I ask  what her name is, then?”

“Oh, she talks! Wow, puppy, you’re really got a keeper here! How d’you manage to find a talking one?! Is she potty trained as well?”

“Ok, this isn’t funny anymore you clown. What are you, some kind of freak? How dare you?!”

“Now, now, puppy, I do hope her bark is worse than her bite. Or was it the other way around? I could never really decide which I’d like more.”

She was turning a rather pleasant shade of purple by this time and I heard the distinctive shrill of a kettle boiling. But this had been intended as a simple warm-up, so I just darted my eyes over and like a mittened hand grabbing the steaming kettle, I removed all tension with a deep, silent, disciplinary look.

“No need to be a bitch about it, I was merely joking.” I do so love it when I leave them feeling guilty in my stead. “It’s one thing not to enjoy my brand of humor, but calling me names? Isn’t that both infantile and a bit excessive? And such unimaginative ones at that…” I gently placed my hand on the dog’s head… “So anyway, what batteries do you use to power it? I don’t mean the stick up your ass, I mean the dog.”

There was a great pause in the air, as if the spaces had suddenly increased. Something was off, I was being more vicious than I had intended. There was something in at the back of my mind, a nagging memory of some insolent fool with the arrogance to claim he understood anything about me, and I was taking it out on her and her puppy – meager comedic material on the best of days. And to make things worse I had to keep my eyes open because he was banging away more and more persistently, and it started to sound like a migraine. I turned on my heels and headed back. I had to … congratulate the psychiatrist, he was only a couple of bus stops away. It was worth the effort and I was in dire need of a rush that only dancing with a shrink can give.

It had seemed to sunny when I stepped off the bus, but every stride started feeling like wading through a swamp – the sidewalk was covered in an uncomfortably deep layer of dirty snow, I had to lean forward, against the wind, just to keep going, nauseatingly slow for my tastes. There would be no dancing on these streets, not for a few months still. My patience was running thin, I felt irritated and moody … this was not a good day to put on a show, or at least nothing more than a soliloquy, one of those accursed monologues Will had used to put me through, dead or alive. “Alas, this crowd is nothing more than a gathering of … people. Glamour is almost faded here, no sparks, only dull flames licking not soles but palates, and even those geared only towards taste and not wit. Indeed I have come to see my theatrics as something long forgotten – they had known them, though … infinite jest, most excellent fancy … they’d borne me on their backs a thousand times; and now, how abhorred in their imagination I am … The time is ripe, nay, festering, for me to set this right.”

The snow mound I was perched upon while saying this chose its timing well when it caved in, causing me to tumble forth and regain my balance by effectively grabbing the sidewalk with all the might of my grasping hands and poking knees. And even this failed to incite more than a couple rather annoyed glances from pedestrians … perhaps more pathetically inclined psyches would perceive me properly … for now, I was feeling rather pathetic myself, and I so hate playing the Pierrot.

Stepping through my psychiatrist’s office door, I managed to mutter “Doctor, I feel like a bone, and I’m getting boner by the minute, and I mean that in the <alas, poor Yorick> sense. I need help.”

Of course, I knew he knew me, or rather him, so his answer was rather unexpected, and quite welcome at that.

“Yes, well, first of all, who are you? Do you have an appointment?”

The gleam in his eye as he said it, was very revealing. He did indeed know a thing or two about me. Perhaps his Insolent Foolishness was more aware than I had given him credit for. Mirroring his gleam, I sat down, or rather sank, into the empty armchair in the room, and drew breath.

“Call me P.H.. Everyone used to, and everyone should. Should I begin with my mother? …” 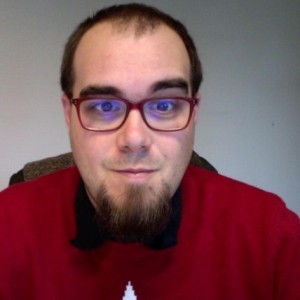 the unexpected joy of missing out