Still Alice (2014), directed by Richard Glatzer and Wash Westmoreland, is a typically commercial film abounding in clichés, whose unique aim is to make ailing people (or their family, for that matter) feel better. As humane and as considerate this attempt may be, such an empathic approach has no place whatsoever in authentic cinema and should be kept as far from the screens as possible. Reducing the battle with the terrible Alzheimer’s disease to an ‘everything-is-gonna-be-all-right” story is anything but realistic.

Far from being th

e honest account that we are craving for, what we get is just another mainstream movie whose first scene presents a cheery family gathering at an expensive restaurant in order to celebrate Alice’s 50th anniversary. The main character turns out to be a renowned professor of Linguistics at Columbia University. The festive dinner is the context in which tensions emerge right away – the protagonists are Anna (Kate Bosworth), the elder, comme il faut, happily-married daughter and Lydia (Kirsten Stewart), her younger, rebellious, sharp-tongued sister. In the end, the latter will turn out to be the most reliable member of the family. Alice’s apparently committed, but essentially work-alcoholic husband, played by Alec Baldwin – a decent but unremarkable performance – leaves his increasingly dependent wife on Lydia’s hands and moves out (or on?!) to another state, allegedly forced by career interests.

However, the family’s aura of perfection is damaged at an even earlier point in the movie, that is, in the scene in which Alice literally finds herself at a loss for words during a conference. After a few medical investigations, her finding out that she is suffering from Alzheimer’s calls for another family meeting. If the viewer expects to get a true-to-life dialogue at least (!) this time, he will be disappointed.

The script proves to be ultimately flawed, as identifying the disease’s symptoms and forms of manifestation is not rocket science; every person possessing a minimal knowledge of pathology is able to do it. This being the case, one would expect to get an exploration of incommunicability and of the dissolution of one’s identity. Women suffering from mental illness is a theme which has been tackled before successfully, be it Jeanne Moreau’s embodiment of a borderline personality in Truffaut’s Jules et Jim, Monica Vitti’s haunting depiction of a schizophrenic in Antonioni’s Red Desert or Judy Dench’s playing Irish Murdoch’s persona alienated by Alzheimer in Richard Eyre’s Iris. The memorable script of these movies, the excellent acting and a neutral presentation of the medical truth – as disturbing as the latter may be – assured their everlasting fame.

Unfortunately, Still Alice is deprived of such accomplishments. Even though Julianne Moore’s performance in is highly commendable, the script works against her possibilities of building-up a credible part. The only manner in which one may provide an adequate response to a movie is not to be emotionally manipulated. The main error that Still Alice commits is, however, that of imposing solace upon a viewer who is not distressed at all. The film’s peak is the moment Alice holds a speech at the Alzheimer’s Association. This is one of the most manipulative scenes in the movie, in which, while hearing a mostly flat and uninteresting speech, the audience’s teary eyes glisten unconvincingly on the screen. The speech ends on a false note of celebrating communication, which is the most evident imposture that the movie has performed so far. A person heading towards definitive oblivion and self-effacement talks about the marvels of communication? It cannot get worse, one thinks at this point.

But the sad truth is – it can. The end of the movie is one of the most uninspiring choices that one could have ever imagined and it transforms a faulty script into cheap melodrama. The real movie can only begin once the screen turns to white. Unfortunately, this is not the one that we get. 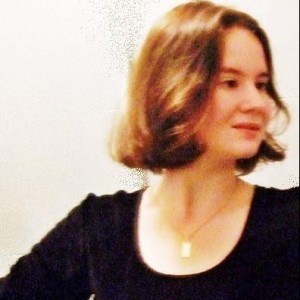