When you go for the first time to a Laibach gig, you don’t really know what to expect. No matter how much you listen to them at home or watch live recordings, you can’t really be prepared for what is going to happen on stage. You hear of this European band that had the chance to perform in North Korea (an event that was celebrated with its own documentary and that was called North Korea’s first ever rock concert) while criticizing authority and totalitarianism in general and you just wonder what you will experience next.

It was around 9 pm when I entered the venue where Laibach would be singing that night. To my shame, I only found out about them when the event organizer announced the show (although I recognized some of the songs during the concert, sign I did not live in a bubble). After some later research I found out that they performed at the Transylvania International Film Festival in Cluj back in 2012, so this was surely not their first visit. At that time, their show was based on the soundtrack they created for the 2012 movie “Iron Sky”, a science fiction comedy about defeated Nazi Germans who flee to the Moon so they can save themselves after the war and their later attempt to conquer Earth; needless to say, Laibach’s industrial, synth-fueled sound fit the movie perfectly.

This time, they came to promote their newest album, “Also Sprach Zarathustra”, that originally was intended for a theatrical production of Thus Spoke Zarathustra. The first part of the concert was dedicated to songs from the album, starting slowly from “Von Den Drei Verwandlungen”. Its crescendo never seemed to end, keeping you on your toes due to the anticipation. It finalized with Mina Špiler’s godly voice on “Vor Sonnen-Aufgang”, taken straight out of a Wagnerian piece. The band’s famed front man, Milan Fras, only appeared on stage after the first song, giving the audience the chance to admire the complexity of their setup, with two synth and piano players and video projections on all the walls of the venue. “Die Unschuld II” is slow, with a minimal yet rough instrumental arrangement that allows Milan’s bass voice to truly resonate. While singing, he uninterruptedly looked at the audience, as if he were looking for something, continuously searching. At first I thought he was trying to see if anyone was filming or taking pictures (as they announced a few days before the show that they forbid the use of phones or cameras during the concert), but after seeing the other band members join him in his act, I realized it was all part of the performance.

All the songs that were chosen from “Also Sprach Zarathustra” were powerful and quite heavy, with abrupt changes in a sea of quietness – until Mina Špiler stepped on stage for the first time and sang what is probably one of the gentlest pieces from Laibach, “Vor Sonnen-Aufgang”, composed as an ethereal Neo-classical orchestra song. Although before there were some people in the back that kept talking during the concert, you couldn’t hear anything else during this, as Mina’s dreamy voice complemented the orchestra music in the most gracious way possible. After this, Mina disappeared for a few songs, only to reappear with a megaphone that would later be used extensively during the show.

The other part was devoted to songs from their former album, “Spectre”, but also returned to some of their older, almost cult-status work during the encore, when they performed “Tanz Mit Laibach” and “Leben heißt Leben” with a force that cannot be found on any possible studio recordings. Their show was amazingly complete, with both energetic, poppy tunes such as “Resistance is Futile” or “Bossanova” and the grand, solemn pieces from Also Sprach. The show was simply overwhelming at times, in the best sense of the word. It took you out of the natural world and made you accept the brutal atonal sounds as part of nature, of daily life.

Naturally, not everything was perfectly wonderful during the performance. For a person like me, seeing the Iron Cross projected at times can provoke uneasiness, and this was not the only element inspired by far right or far left aesthetic (the band’s name is how Ljubljana was known during the Nazi occupation). A more in-depth look at their materials and maybe some interviews show that they use these elements in a satirical way, as they believe that in this manner the symbols lose their original power over the people. After finding out that the founding members were all workers in the mines of Trbovlje and the band appeared as a manifesto against what was happening at the time in Yugoslavia, collaborating with all kinds of artists (a project that emerged out of the Neue Slowenische Kunst), you see the desire for emancipation in their aesthetic and the lack of sympathy for the old regime. In an introduction for “Liberation Day”, the documentary about Laibach’s visit to North Korea, Slavoj Žižek discusses this aspect of the band and says that they are “staging the real of power”.

In 90 minutes, Laibach gave a lesson in experimental music and showed why Rammstein declare them to be one of their biggest influences, all while not using a single bass guitar on stage. Concerts that revolve around a concept (and such a heavy one as Nietzsche’s) are always hard to organize in such a way that it becomes its own organic thing, but Laibach seems to pull this off effortlessly, not betraying the hard work and energy invested in the project. Involuntarily, afterwards I kept comparing their show with Swans’ one in Cluj last year, but such a comparison would be useless; it would violate all that Laibach stands for. 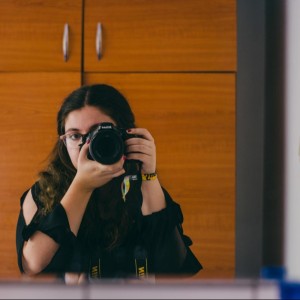